What is Virtual Reality Technology and How Does VR Work?

Virtual reality is one of the most popular industry buzzwords in recent memory. At its core, virtual reality is the name for any experience that takes place within a computer-generated environment. Thanks to their digital nature, these environments can replicate our real-world surroundings, or they can represent something completely outlandish, like the surface of an alien planet.

Users can explore these environments, and engage in all manner of activities. These virtual landscapes can be accessed by means of a virtual reality headset, a type of headgear consisting of a pair of screens mounted directly in front of the eyes.

It has a long history dating back all the way to the late 19th century. Many attempts were made over the years to perfect the technology, with different degrees of success. Some of the highlights include:

To bring you up to speed with more recent developments in the world of VR, we have created a short primer on the topic, which you can find in the rest of this article.

There are two main types of virtual reality HMDs: those that are connected to an external devices such as PC or game console, and those that use smartphones as their central processing units. In both cases, an input device also needs to be connected to the headgear to facilitate interactions in virtual space.

VR headsets work by sending two video feeds (or a single split one in case of smartphone-based ones) to each of the displays in front of the eyes. Between the screens and the eyes, there are lenses that curve the picture to produce a stereoscopic 3D effect. ‘

In order to provide an immersive experience, VR HMDs have to provide a wide enough field of view to mimic the way we see things in real life – it has be at least 100 degrees in order to avoid tunnel-vision. The video stream also has to have a stable frame rate – preferably 90fps or more – to provide a seamless experience.

What makes using a HMD different than just walking around with a screen strapped to your face, are the embedded motion controls. As you move your head around, various tracking systems such as accelerometers and gyroscopes are used to determine your position in virtual space.

A sense of movement is also conveyed through the use of additional equipment. Motion control systems such as the Kinect allow you to use your entire body to simulate moving through VR. More complex devices such as omnidirectional treadmills can also be used to provide an authentic walking experience. These devices also allow you to interact with the VR environment in various ways. The final piece of the VR puzzle is audio. Binaural headphones can be used to provide positional 3D audio, which is essential for orienting oneself in VR.

With the new generation of VR devices such as the Oculus Rift, the HTC Vive Pro, and Samsung Gear VR, virtual reality is finally becoming a part of the mainstream. This upsurge in popularity was followed by a massive expansion in the ways VR is being utilized. VR is now finding use in:

The video game industry has been promising to offer fully-immersive gaming experiences ever since the 1980s. And with the current crop of consumer-friendly VR devices, the promise is finally being fulfilled. Popular games such as Skyrim and Minecraft are now offering VR modes, and others like Beat Saber and The Invisible Hours have been designed for VR from the outset.

Movies produced for VR allow the audience to view a virtual environment from a 360-degree angle. This gives viewers the feeling of being inside the movie itself, surrounded by the visuals and sound. Today, VR is present at major film festivals such as Sundance. Projects such as Spheres: Songs of Spacetime and The Wolves in the Walls are pushing the boundaries of film as we know it.

VR gives researchers in the field of psychology to reproduce and study human interaction in a controlled environment. Specifically, it allows them to use novel techniques of perspective-taking by embodying people in various kinds of digital avatars. VR is also being used to treat certain kinds of anxiety disorders through exposure therapy.

The healthcare industry has always been a big supporter of VR technology. Diagnostic images from CAT scans and ultrasounds are being used to generate 3D models of a patient’s anatomy, which are then used in VR simulations. These models can then help surgeons to determine the safest and most efficient way to locate and remove tumors, to define spots for surgical incisions, or to practice difficult surgical procedures ahead of time.

The U.S. military has been using VR since the 1980s to train its fighter jet pilots. Today, soldiers use VR simulators to practice for deployment on the field. VR games like like Virtual Battlespace 2 and Unity 3D are widely used to explore different combat scenarios. These game-like simulations also allow soldiers to improve their teamwork, as well as to get to know the ins and outs of their equipment.

Virtual reality has the potential to revolutionize the way we use digital technology. For the first time in history, people have the ability to fully immerse themselves in a world of their own making. And who know what more advanced versions of VR tech will allow us to do in the future?

This article is contributed by Larry, technical writer with DesignRush-top digital agency 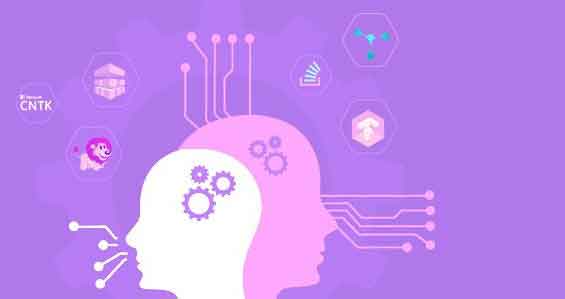 How to Build a Mobile App for Your Business

Are You Planning to outsource Digital Tansformation services? Feel free for work-related inquiries, our experts will revert you ASAP,